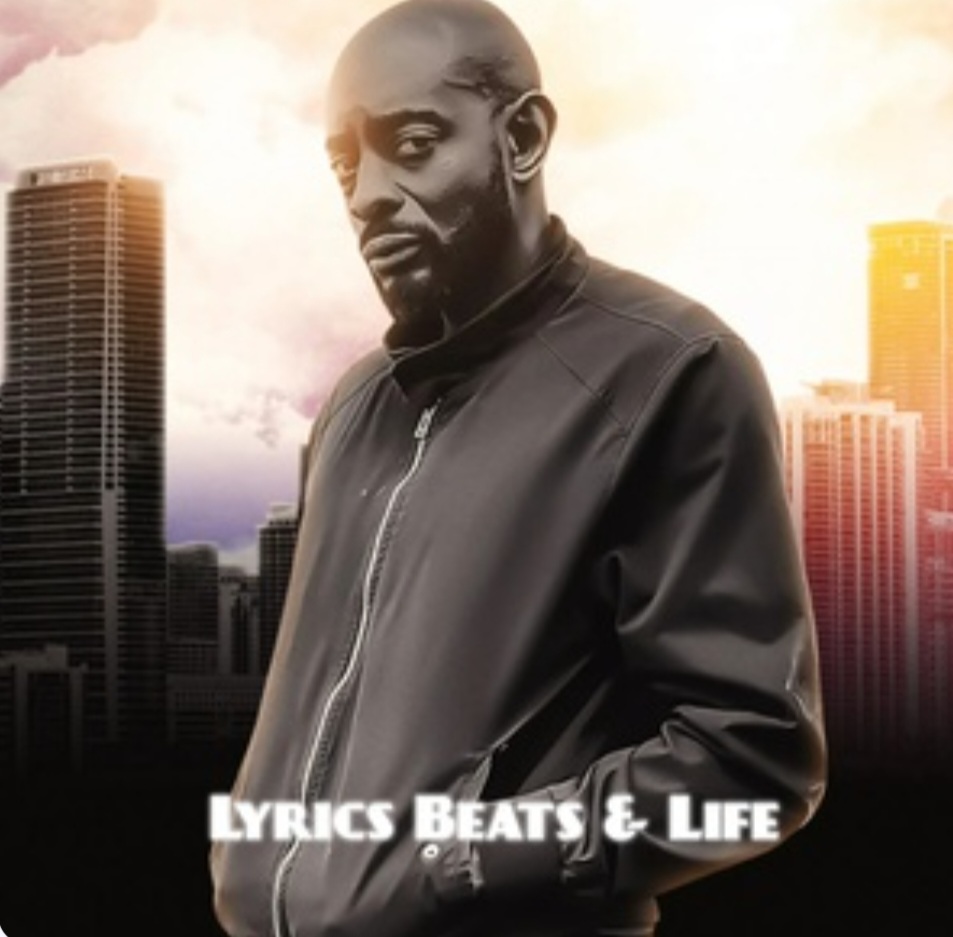 If you love rap music and have never heard of Vindi, you’re missing something. Vindi is a prolific rap artist who has approximately 5,000 monthlies on Spotify. He is really that good. Therefore, it is an honour to be working with him and reviewing his latest album, “Lyrics, Beats % Life” right here on Krannaken.com today.

Vindi is a rapper from South London, England, who is also known for his laid-back beats.

‘I make music about life, its release therapy, whether its a serious song or me having fun, I am not a street guy which used to be counted against me however good music is just that no matter where you are from, if you can rap you can rap. My favourite era of Hip Hop has passed however I want to keep the flag going while putting a modern twist on it’

Now we have some idea who Vindi is, let’s look at his album Lyrics, Beats & Life which was released in 2022.

Joy starts with a gospel-like opening which is very cleverly filtered. You can also imagine a head appearing out of a pool or a bath. It features two vocalists. One thing I really appreciate in this track is the transition that takes over while this woman is doing her part. That is really well produced and makes for an excellent start to the album.

Problems features a female vocalist over some keys and a slow hip-hop-style drum pattern. The gospel influence is also easy to recognise in this track. Again, we hear Vindi’s rapping over parts of the song. The lyrics in this song are really cleverly put together.

Again, Without You shows signs of a gospel influence. However, one can also hear r&b in the song too. I like the way the elements change from time to time. Drum patterns aren’t apparent throughout the song and it is nice to have this change.

Although the female vocalist has a higher voice in the first place, the female opening vocal part in Self Sabotage is pitched to an octave higher. That is really well done. Again, the lyrics are very clever. It takes a lot of skill to write great rap lyrics. Vindi makes it look effortless.

I love the latin feel that Memories has. It features some really nice effects as well as the great Brazillian percussion and brass elements. Very well produced.

Another thing I appreciate in Vindi’s music is the excellent production work that goes into each and every song. The timing is spot on and Vindi should be really pleased with the results of the work that he and his team have put into the album.

It is easy to see that a lot of thought and feeling goes into each song and Time is an example of that. “All my life I’ve been a reject”. It shows that rap music (more than any other music) can be a great outlet to drive your emotion and your problems into. It also really helps to pour your thoughts and feelings out into the music you write.

Again, we see the gospel influence in this song. The female vocalist is a prime example. The organ melody is also typical of gospel music. However, there are additional elements. I appreciate the sound effects that are used throughout this song.

As a Christian, I find the lyrics in No Love particularly interesting. Vindi raps about reading the “Good book” and loving thy neighbour. Again, a lot of thought and feeling goes into this song. I believe that is what sets rap and hip hop apart from other genres of music. Rap music, in particular, serves as a great way to rant and protest against things, aspects of life, etc, that you disagree with.

Reap What We Sow

Reap What We Sow is a song that talks about the way you treat others. You get from life what you put into it. Again, this is another song that has a lot of meaning to it. Vindi has written some thought-provoking lyrics.

The subject of In My Head is another interesting concept. This could be about drugs, but it could also be about mental health. The use of delay on the female vocal part is nice to hear on In My Head too.

This is definitely a song about parenthood. Both the female vocals and Vindi’s vocals are performed from the point of view of a teenage child. “I’m driving you crazy, I’m so happy you raised me”. As parents, we understand what other parents must go through when bringing up their children. It is often a very worrying job. Therefore, I think this is probably the song that I can relate to most as a parent.

Words of Affirmation is another song with a strong message. The message about the importance of making positive affirmations because keeping a positive outlook and changing from an old negative self to becoming a new and better version of yourself. This is so true. If we are positive about life, we will also attract the best life to us.

What is Good About This Album by Vindi

As with all good rap artists, the skill is in delivering meaning and ideas to the listener. The meaning adds to the enjoyment of this track because people can relate to it more easily. As a performer, Vindi has excellent skills, but his lyrical skills are also excellent. There is no doubt about that, but also the meaning and the talent that it takes to be a successful rapper are apparent throughout.

Congratulations to Vindi on putting an excellent album together. I would also like to wish him the best of success with this album. Vindi has put together a really great release here. The production work is excellent and the timing of each element of each of these songs is also flawless. Another thing I like about the music Vindi has made here is the thought and the meaning that goes into each and every song.

Thank you for reading this post about the album Lyrics, Beats and Life by Vindi