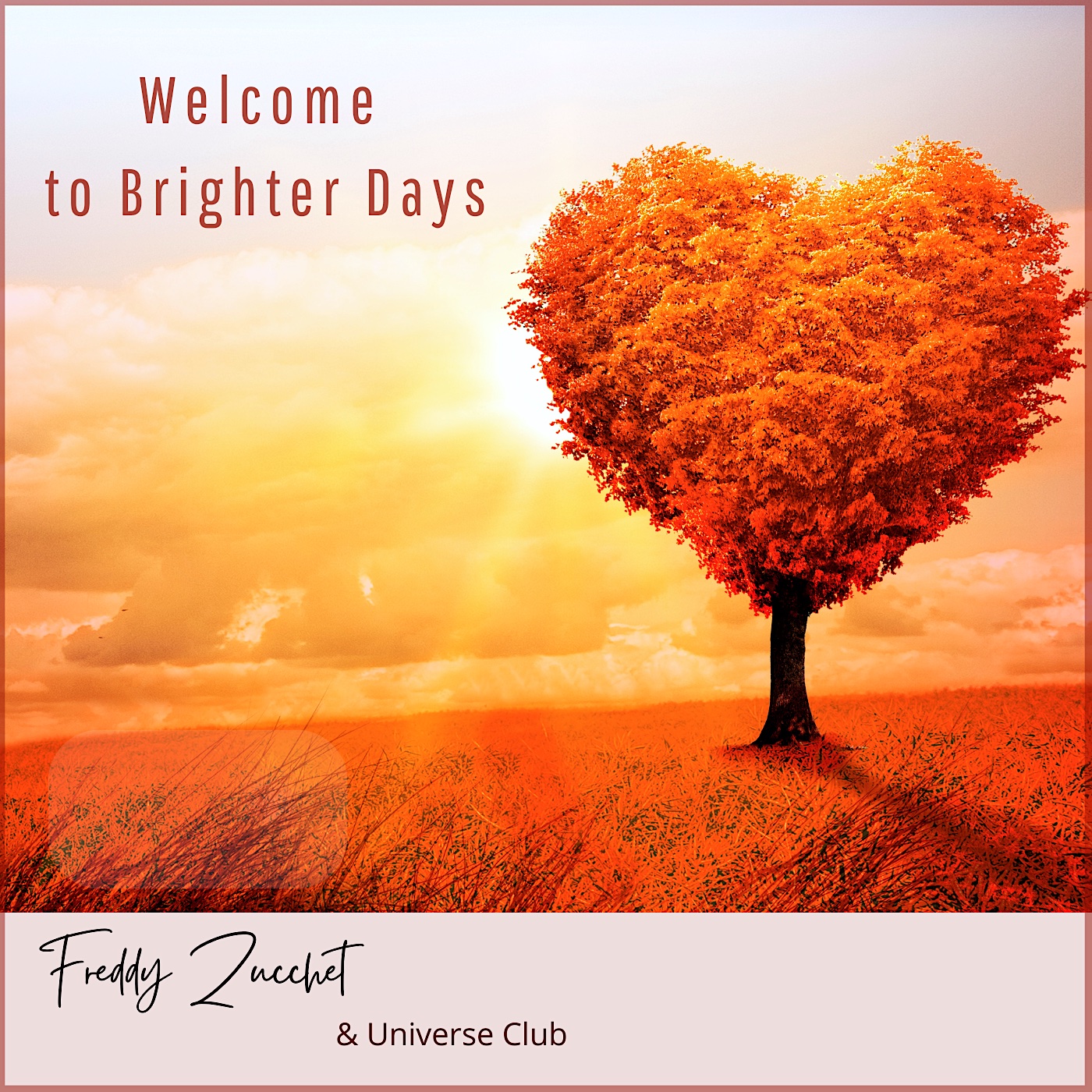 Who is Freddy Zucchet

Freddy Zucchet and Universe Club’s first major release was in 2005 with the Christmas album, Croire au Père Noȅl (Believe in Father Christmas). This album was followed up with the album Chantez Dansez Maintenant (Sing Dance Now). It wasn’t until 2020 that Freddy and Universe Club released their first single, Welcome to Brighter Days – a pleasant, feel-good track that is very much appreciated on a cold and dull autumnal afternoon. So thanks to Freddy, Jungle Leez and Samira for your uplifting song.

So what is Welcome to Brighter Days and What is it About?

Welcome to Brighter Days reminds us that there’s always hope for a brighter tomorrow.

The global-themed song “Welcome to Brighter Days” can reach a wide audience. Though it takes root in the current troubled period, it presents above all, in a poetic and symbolic form, a hope for better days under any other circumstances.

All countries, all populations are concerned.

What Did I Like About Welcome to Brighter Days?

Other than the great vibes and feel-good factor, I love the fact that it is available to people in many different countries. This is due to its performance in Norwegian, Portuguese and also in English. It also brings people together from all over the world.

The producer of the music is Mickȁel Vail Blum. Mickȁel has worked with stars at the very top of the music world. Such names include Madonna, Michael Jackson, Pink Floyd, Kelly Clarkson, Prince and Joan Baez.

The song reached number 4 on the Apple Charts in South Africa. However, they achieved even more success in the United Kingdom where they reached number one and stayed there for three weeks. This was in the UK Talk Radio Charts

Freddy Zucchet also has a good number of monthly Spotify listeners on Spotify. The statistics show that there are more than 5,000 fans listening in on a monthly basis.

Where Do I Think the Song Can Be Improved?

I love the fact that Welcome to Brighter Days is available in these different languages. However, I believe it should also be available in more mainstream languages like Spanish, German and Italian. It is understood that most people in the business world are comfortable English speakers. Even so, the fact that Spanish, Italian and German are still uncatered for leaves a lot of people in the dark. If the music was available in these other languages, it would open the market to a much bigger market.

Who Do Freddy Zucchet and Universe Band Sound Like With Welcome to Brighter Days?

Where Can You Find Out More About Freddy Zucchet and Universe Club?

There are a few options open to you if you want to learn more about this beautiful song. You can find them on YouTube here. Alternatively, you can also find them on Spotify where they have a fantastic following.

If you would like me to review your music here on Krannaken.com, you can learn more here.