As a duo, Krannaken have had four releases so far.  These include 3 singles and 2 EP’s.  The singles include The Crystal, Upgrade and Asteroid:  Part One.  The EP’s are Breakthrough and Lost Youth.  As well as significant musical skills, knowledge and experience, David Verney and Everhald Hyme Purdy are also visually impaired.  David Verney is registered partially sighted and Everhald is registered blind.  The fact that they both have a sight impairment means that they have a heightened sense of hearing – another reason why their music sounds so good 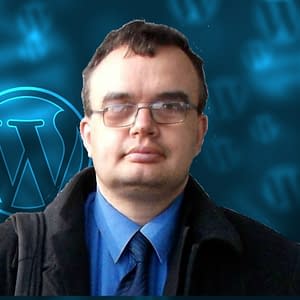 David Verney enjoys spending time with his wife and son, following Tottenham Hotspur in the football, attending Church and getting involved in Church activities, reading fiction, and socialising with family and friends.

David Verney first started playing guitar in 1994 and early influences include Roxette, Bryan Adams and Bon Jovi.  In the late 1990s, he got heavily into the clubbing scene and this has had a major influence on his musical interests.  He wanted to produce music and to do a course in music production.

However, it wasn’t until 2013 that Verney bought his first DAW (FL Studio) and he hasn’t looked back since.  He has now written and produced three albums and two EP’s on his own as well as assisted Everhald on the releases already mentioned.

In 2017, David Verney was offered a place on a Foundation Degree program with the University of Wolverhampton.  This offer was made purely due to the quality of the music that he had already created.

Fast forward to September 2021.  David Verney achieved a 2.1 in the Bachelor of Arts with Honours Degree in Music and Sound with West London.  At the end of this month, he will start a Masters Degree in Music Performance.  You will see some pictures and videos posted on the YouTube channel, but also on this website.  Thanks for your interest in Krannaken.com